LINE TECH AG was founded in 1993 as a management buyout from FAG (Switzerland). The success story of LINE TECH began with four employees. In the same year, the company moved to Industriestrasse 47 in Glattbrugg.

Thanks to the continuous expansion of our business, we were also able to enter into a sales partnership with NSK some three years later. In 2001, the trading program was completed with cpc (Chieftek) products, which today are an important pillar in LINE TECH’s business portfolio.

Besides the trade expansion, our own products continued to develop strongly. At that time, only the program positioning units were taken over by FAG. Today, customers can choose from three different product groups of different sizes and different drive variants.

Gradually, the premises at Industriestrasse became too small. In mid-2003, we moved into new premises with modern infrastructure at Europastrasse 19 in Glattbrugg.

LINE TECH moves linearly – precise and persistent.
Linear movements form the backbone of modern industrial manufacturing facilities. Since 1993, LINE TECH has been working on solutions related to linear technology on a daily basis. LINE TECH is characterised by an extensive range of components, linear and positioning systems combined with the expertise of our employees.

Sophisticated services from engineering to design complement the product range and provide a broad benefit for our customers.

Own products
LINE TECH in-house products are linear axes built according to the modular principle and ready-to-install.

Products are only part of our offer
In addition to a complete standard program, we also offer comprehensive services. Competent consulting, application-oriented designs, customer-specific engineering from engine attachment to multi-axis systems to complete special solutions form the core of our daily work.
We are ready to take on your challenge.

LINE TECH in-house products are linear axes built according to the modular principle and ready-to-install. 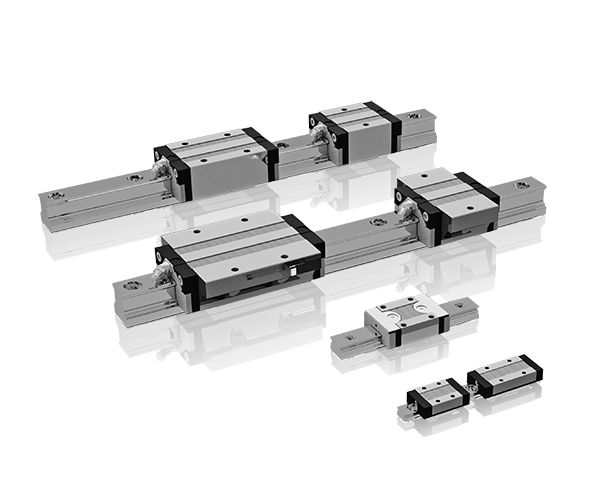 We are the Swiss linear technology provider with an international focus, the highest level of expertise and reliability, from consulting to delivery and beyond. We respond flexibly to customer requests and exceed their expectations. Quality in all processes is lived and continuously developed. We understand customers, suppliers and employees as partners for the benefit of all.

The employees are our greatest asset. Competences are specifically identified, knowledge potential strained and promoted. Thanks to the commitment and initiative of all employees, outstanding achievements can be achieved in an excellent environment. This puts employees at the centre of the company’s interest and success. As a result, we remain competitive and secure financial independence in the long term. The leadership style is cooperative, team- and goal-oriented. The leadership is motivated by role models and acts in the sense: “One Team one Spirit” The communication is open and correct. The behaviour and the handling honest, collegial and characterized by respect.

We understand customers and suppliers as partners. Together with you, we are looking for the best solutions for everyone’s success. Flexible response to requests is a focus of cooperation with the customer. Our thinking and acting is always customer-oriented – and: “We keep what we promise!” Long-standing partnerships with international suppliers provide access to technical and economic innovation products.
In addition to cost and deadline aspects, our suppliers must meet high quality standards, where necessary we support them in meeting the requirements.

Thanks to high-quality products and processes, a high degree of personal responsibility of each individual employee, as well as with an excellent after-sales service, we exceed the expectations of our customers. Thanks to a good culture of error, mistakes are not covered up, but processed. The goal is to learn from the mistakes. We see customer complaints as an opportunity and help us to recognize and meet customer requirements. Regular audits analyze processes for waste, lead times and quality. All employees are actively involved in this ongoing improvement.
The prevention of health and safety at work is actively promoted. The aim is to reduce the dangers and risks and to achieve a “zero accidents” operation. Each employee takes responsibility for his or her personal actions and the safety of others. By professionally disposing of waste and raising awareness of all employees in the use of resources, we protect the interests of the environment.

Any cookies that may not be particularly necessary for the website to function and is used specifically to collect user personal data via analytics, ads, other embedded contents are termed as non-necessary cookies. It is mandatory to procure user consent prior to running these cookies on your website.